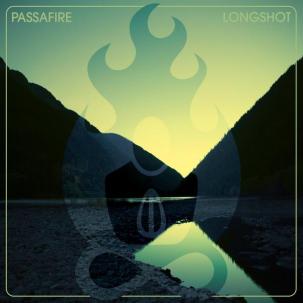 Prolific quartet Passafire has somehow come very far while sticking with the basics. Longshot (Easy Star, 2017) marks their sixth album, and the maturity is subtle but valuable. Passafire’s members have moved from living mostly in the same place to being scattered across the states. Music-making has become a focused endeavor; intentionality is needed. Similarly, Passafire and its members have entered adulthood with grace. This album is not any better than anything previous, but it feels different in its maturity and intentionality.

Passafire has always interwoven their love of pop, hip-hop, and interestingly, near-metal into their reggae fabric. The result has usually been a complex circuitry of genres, but this never came off impractical or indigestible. For Longshot, the band keeps up with the blending, but less so each song. Instead, the 12 tracks traverse the band’s influences one at a time. This is the intentional part: making it as a reggae/rock band is certainly a longshot, but Passafire never seemed okay with giving up their creativity to suit the needs of the industry. That being said, they’ve gotten progressively more fine-tuned. Longshot’s material could easily be pop-radio friendly, and it’s amazed me that Passafire hasn’t yet broken into a wider, larger listener market alongside artists like The Dirty Heads and Matisyahu. This album proves that capacity.

I’ve always considered Ted Bowne to be one of the best lyricists on the scene, and he continues to mix narratives into poetic metaphor and dreamy wonderances. Bassist Will Kubley provides lead vocals on two tracks, “Bright” and “Tacoma”, and offers his spin on the Passafire-approach, setting up detailed scenes and multifaceted emotions. His songs are markedly more rock and emo, but nonetheless worthy.

“Growing Up”, the album’s starter, is a gorgeous, upbeat pop song harkening back to the angsty alt. rock the group (just like me) probably grew up on in the 90’s. “Young and dumb forever,” Ted suggests as the instrumentation builds in Coldplay-esque fluidity.

“Drifter” is classic Passafire, with ferocious, metal-tinged verses and a roots reggae chorus. “We can sail this ship together/ Could you navigate through the night?” Ted roars, offering another spin on the troubles that come with growing up. Here, the lyrics are more cryptic and the message lies more in the guitar riffs than in the words.

But the band is at their best on the softer, rootsier tracks. “Rapunzel” is a serene, light-hearted reflection on moving to a new place to start a new life. “The time has come to hit reset again,” Ted explains at the end of the chorus. Later he adds, “I don’t know what happened to the rest of it… I will go wherever you call home.” Then he provides one of the most laidback and island-y guitar solos he’s ever written.

“Gone Yesterday” is a bit louder, but just as restrained and melody-driven. The band tries cloaking dancehall and hip-hop influences into their usual soulful singing. It works. “Less time to take/ more time to borrow,” the chorus meditates on a loss of innocence but at the gain of wisdom. “Hard to Find” follows, sipping from the same cup: “It’s not possible/ as I wanted it to be,” Ted starts; “so many obstacles… Whatever you do to make it by/ remember that truth may not be kind.”

But the album’s keynote track is “Fireside”, an acoustic reggae song about death. It marks the band’s musicianship and Ted’s poetics. “Don’t put my body in the ground/ Don’t want my bones to hang around,” Ted asks, and then, “Don’t need to buy a wooden box/ Don’t dress me up in expensive socks/ Just blaze me up.”

As per usual, Passafire’s hidden weapon is Will. His bass creates the distinct Passafire sound and may be the needle that threads the band’s influences together. Yet Longshot, perhaps more than any record so far, showcases Nick Kubley’s ability to hold the sounds together with his drums and the attention Mike DeGuzman pays to how his keys can highlight the melodies.

Despite the chaos described thematically (growing pains, torn relationships, complicated love, and death), Passafire continues to provide healthy doses of introspection, anger, and joy. I’ll slide it on the shelf next to the other five and spend some time being thankful bands like this persevere and accept the risks of making music for life, because, for them, music is life.